Elif and Kareem’s wedding has been one of the most anticipated weddings in Adelaide and the their incredible story leading up to this day is legen… wait for it… dary!

The day began at Kareem’s parents’ house, in fact when we arrived it was so quiet outside that we thought no one was home, but upon walking up to the entrance we could see Kareem’s niece standing in front of the TV almost totally unaware of our arrival, but then again she’s only a baby

It was quite an emotional feeling in the house while Kareem get himself ready in his parent’s room upstairs. 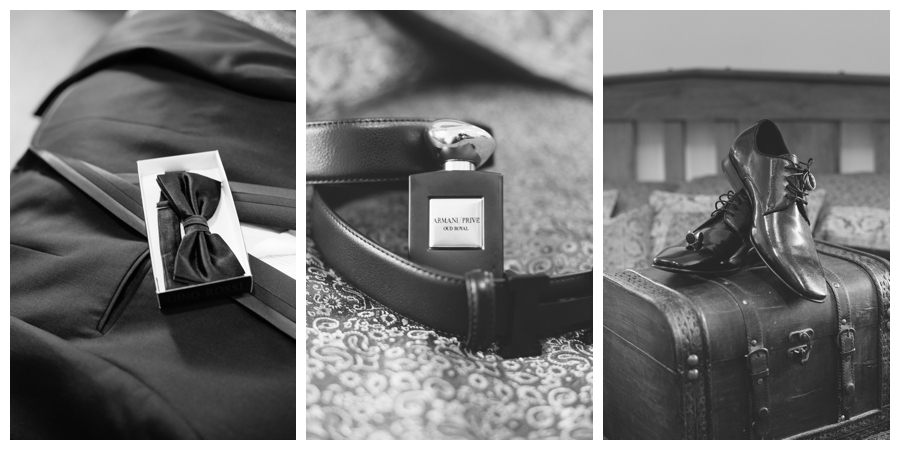 Taking detail shots are always great to set the scene and Nadia found a small trunk in the room to prop up Kareem’s shoes. 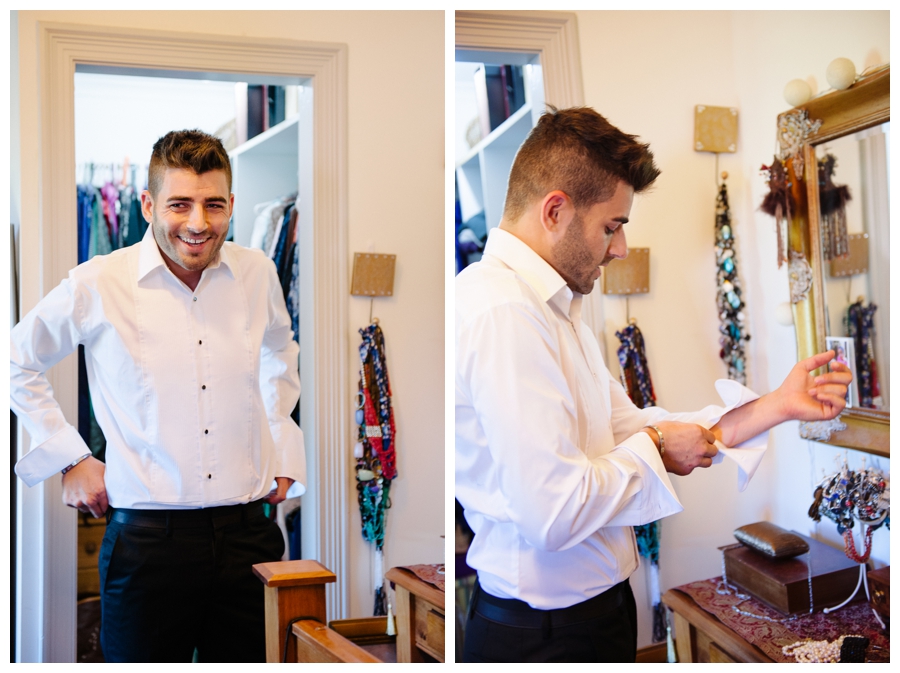 Kareem has one of those smiles than causes anyone who catches a glimpse of it to feel like smiling back, it is infectious and genuine

Kareem’s brother Shareef and his father Ahmed were there to give him a hand in getting ready. His mother Kathleen was of course nearby too, but is absent from these photos. An interesting fact is that I think everyone tried to help fasten the top button of Kareem’s shirt, it was one tricky button! It wouldn’t serve any purpose to show you photos of everyone’s attempts, but I thought it was a good anecdote.

“Bow ties are cool!” This is the third wedding I’ve shot this year where the groom is rocking a bow tie and seriously bow ties are so cool!

Adding the final touches, one of the coolest watches I’ve seen by DIESEL and of course the groom needs classy AQUILA shoes.

Once Kareem, Shareef and the other groomsmen were ready we dashed into our cars for a long drive to where Elif was getting ready. Navigating traffic or being part of traffic is in itself stressful when you’re in a rush, but suffice to say I’m so glad none of us received speeding fines, not that we were speeding of course! Even after getting stuck behind several lights and unable to catch up with the lead cars Nadia and I somehow ended up getting there before anyone else, it baffles the mind!

I think it best I stop writing distracting commentary and let you see the photos. I’ll jump in again here and there, but here are Elif’s “getting ready” photos. Elif’s make-up done by Sylvana from Sylvana Make Up.

After successfully negotiating with Elif’s brothers to fetch his bride Kareem enters the house and Elif pins a special hand-made boutonniere (crafted by one of her relatives) onto Kareem’s lapel and they leave the house together.

After family portraits we took the lovely couple to a number of locations around Adelaide. Botanic Park, North Adelaide, Adelaide University and around Hindmarsh were used as backdrops for the following photos.

The buildings and swing at St Mark’s College feature in the next few sets.

One of the most iconic locations of the University of Adelaide are the Cloisters. You might already be wondering the significance of the foils that Elif and Kareem are wielding in these photos and well there was a gentleman with a bag of different blades, nothing sinister or of concern mind you, they all had safety tips on the ends (though I edited them out) and I’m guessing he belongs to the University fencing club. Kareem asked if he could use them, he graciously agreed and even helped them get their fencing stances right.

Here we are at the back (or the original entrance) of the Barr Smith Library, still at the University of Adelaide.

I have to jump in here and tell you what happened while demonstrating a dip for Kareem and Elif to perform. Who knows why I did this, but normally with the help of Nadia we show how it’s done, but anyway I thought Kareem would understand how to do it better if I dipped him… yes I know in hindsight it makes very little sense as to why I’d suggest that, but I almost dropped him onto his back and fell on top of him in doing so. He was a good sport about it and we all had a good laugh haha.

Our last photographic location was in Hindmarsh, Adam Street and the surrounds to be precise with lots of great walls and big industrial facades.

Congratulations Elif and Kareem! We wish you all the happiness this life has to offer, may you bring out the best in one another and have many, many years of bliss!

« Portraits – AhmedI’m an accredited professional photographer with the the Australian Institute of Professional Photography (AIPP)! »